What is the ego and how do you become free of it?

This post helps you understand what the ego is and how to recognise it. Learn how the ego becomes imbalanced, survives, and gets its fuel from both actions and thoughts. You can then see through its tricks and allow it to balance. In time, you connect with a sense of wholeness and inner peace.

The story of Durga slaying the demon shows how to transcend the ego.

What is the ego?

The ego is a thought structure that forms the base of your identity. From the point of your birth, it’s present and serves to help you think with freedom. Given these points, the ego plays a key role in the mind and allows you to live as an independent human. By understanding how it works, you can use it with wisdom.

The ego uses the terms ‘I’ or ‘me’ to express its points of view and means of living. As a human, you use these to act out the ego’s search for value, expression, and survival. To show this, examine the thoughts that centre around you. For example: “I am/need/want/feel XYZ”. Notice how these thoughts change through each stage of life. They represent the shifting ego. In short, it’s a separate being within you that’s built up by gathering past information. Throughout life, this ego moves and changes within the mind’s space. Such motion lets it express its points of view.

The ego only becomes an issue when you’re not aware of its effects. In such a state, you collect energy from thoughts, emotions, and the environment without realising it. Because of this excess mass, the ego’s structure grows denser. As this force swells and goes out of balance, it affects the brain’s content. Once you’re aware of this imbalanced ego’s drive, it ceases to affect your mind.

You reconnect with life’s wholeness by looking closer at the imbalanced ego. Do the ‘I’ or ‘me’ parts of you cover every aspect of your being? Who is aware of them? You’re the space that’s conscious of the mind, along with its sense of ‘I’ or ‘me’. When you grow aware of this truth, the brain’s energies align. On account of this, you can use the ego with freedom and wisdom.

The ego is a part of life, but you must be aware to prevent it from becoming imbalanced.

How does the ego survive in you?

The ego survives in your space by feeding on thoughts and attention. In a conscious state, these help it serve a functional role and don’t pose any problem. In an unbalanced state, the ego gains fuel from fear or by attacking others. When this happens, it grows stronger and takes over your being. Recognise this pattern and you stop fuelling the egos imbalances. To achieve this, pay close attention to your mind and see how it attacks, fears, or blames. Witness thoughts with these motives – here are a few common examples.

“I can’t be happy because of (fill in the blanks).”

“My approach is correct, and everyone else is wrong.”

“I fear that something awful might happen to me.”

“My problem is their fault.”

“I blame him/her or myself.”

As you look at these thoughts closer, note how they revolve around the persona of ‘I, me or mine’. They also feature a sense of fear and blame. These are signs of the ego taking too much attention. In this state, it’s difficult to note and correct any misaligned thoughts or actions.

Once the imbalanced ego grows, it develops its own character. Here, you feel as though another person is living inside your head. Notice how the mind sometimes insults or bullies you. Its motives are the same as people conducting such behaviour. The most common intent of these humans is to impose their power. When they gain a response, it supports their will to continue. The same truth applies when it concerns the misaligned ego. It fights or torments you to generate a reaction. When you face and allow these patterns, the imbalanced ego loses its fuel source. In time, its thoughts settle and align as your inner space frees.

The Mahabharat war represents the inner war between you and the ego. One of the epic’s central teachings is to let life be your guide.

How does the imbalanced ego hold power over you?

The imbalanced ego tries to hold power by tricking you into identifying with it. In other words, when you believe this being is ‘you’, it stays in place. By growing wise to such an ego’s tricks, its power lessens. From here, it loses momentum and ceases to pull you into unwise actions.

The imbalanced ego lives on false notions and fears anything that might catch it out. It knows that when you become conscious, its power can no longer control your space. For this reason, the imbalanced ego will try to tempt you into losing yourself in its energy. It does this by creating, distorting, then hiding under various thoughts and guises. Pay close attention to such content. Intense hatred, remorse, rage, pity, meek and victim thoughts are the easiest to notice. As you make progress with this awareness, the imbalanced ego cannot hide behind its false notions.

The most cunning trick of the ego is the positive ‘you’. At first, this appears joyful, but if you become lost in such thoughts, they form excess pride and arrogance. It’s important to stress that you must not try out-thinking the ego’s content. Instead, leave it alone and its tricks lose their power.

In an imbalanced state, the ego deceives you into thinking you’re in charge of your actions. For example, in the event of a loss or tragedy, it’s common to lose space to anger and grief. In effect, you act out of worry, revenge, anguish, and guilt. Here, it’s easy to assume you’re in control, but you’re not. To a large extent, because the imbalanced ego controls your thoughts and actions. By seeing through these tricks and guises, the mind’s awareness grows. Soon, the ego’s surplus momentum dissolves, your inner space clears and wise choices arise.

Both the positive and negative imbalances of the ego can pull on each other.

What happens as you notice the imbalanced ego?

As you notice the imbalanced ego, it knows it’s under threat. As a result, it acts more hostile. By understanding this reaction, you don’t panic when the ego fights to defend itself. This phase starts the course of realigning your life and mind.

In a state of imbalance, the ego has a childish quality where it pushes for attention. Without this approval, it torments, blames, fights, and rebels against those in opposition. In humans of every age, this comes across during wars and conflict. When such disputes arise, what happens when someone gets no response or acclaim? Most times, you find more objection, outrage, and defensive reactions. These responses show how the imbalanced ego acts if under threat. Note how this happens in your mind. From here, the imbalanced egos’ childish qualities, such as pushing for attention and aggression dissolve.

The imbalanced ego creates patterns and traps in the mind that attach you to suffering. How do you behave when painful thoughts, guilt, or fears arise? Do you try to ignore, argue, make sense of, avoid, or fight them? If you do, what happens? Here, thoughts seem to leave and you think they’re gone. Yet, after a short while, they return with more rage. Detect these cycles, and you soon grow free from the imbalanced egos traps. You then detach from your mind’s suffering.

If your mind latches on to pain, you don’t wish to release negativity or assume that despair is “right”. These patterns are obvious in people who punish themselves out of fear, penance, or self-sacrifice. Is your suffering right or just? Do you wish ill or pain on others? If you answer yes to these questions, the imbalanced ego is defending itself. As you realise this truth, the course of aligning your life starts.

When a being knows it’s under threat, it acts more hostile. This holds true for the imbalanced ego.

How do you realign and balance the ego?

You realign and balance the ego by first viewing it from a distance, then allowing its mass to reduce. Such an ego takes less space within you and lets life’s wisdom harmonise your mind. Once you know how this course works, it’s possible to allow its motion without concern.

Life experience offers the simplest way to balance your ego because things never stop shifting. When change happens, view it as a chance to become more aware. In times of loss, you sense tension, fear, and grief. It’s important to understand that only the ego has these sensations. Can you allow them in full rather than trying to get rid of such worries? Once you’re conscious of the mind, you realise these emotions are minor events in life’s shifting nature.

When you let go, suppressed mind contents such as fears, doubts and past pain come to your attention. This stage is challenging, as the brain opposes any painful or low states. These feelings are unpleasant, but they are the weapons that break the imbalanced ego. When you let them strike, they crack the ego’s shell. This opening is the field that allows life’s wisdom to shine forth. While moving through this unfolding, you may feel weak, lost, and depressed. These are normal reactions, and it’s best to allow this process to happen at the correct speed. Here, patience is vital as your ego’s suppressed thought contents dissolve.

As you move through the course of alignment, avoid looking for escapes, solutions, or answers. Instead, let suffering serve its purpose to realign the ego. Once its momentum exhausts after a few months, it balances and serves a practical role in life. You can then follow up on aligned desires, goals, and actions without concern. 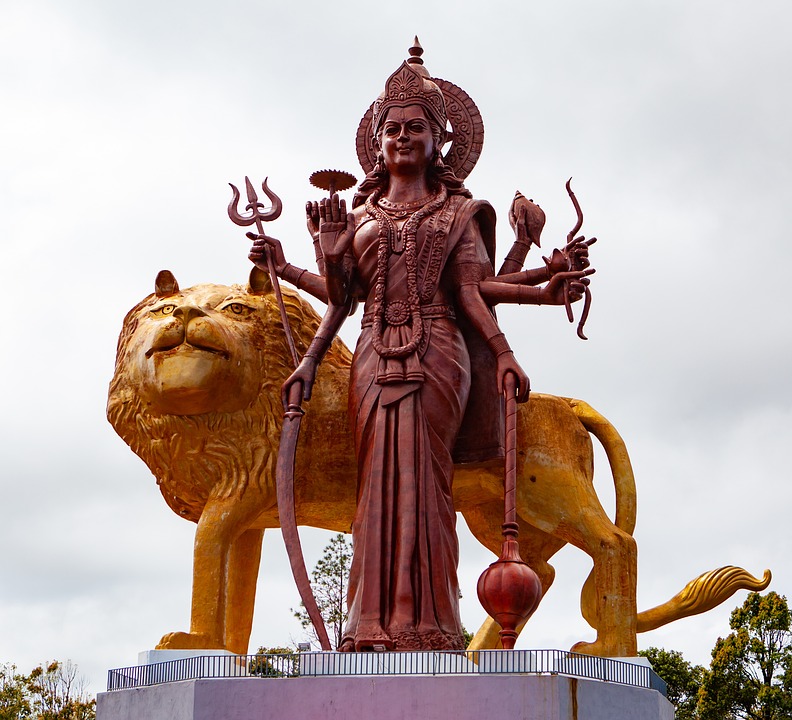 Many Hindu gods carry weapons that depict the inner tools you have to take apart the ego.

How do you reprogram your mind and personality?

What are beliefs, their limits, and how do they differ from faith?

This free article will present several useful pointers on how to slow your pace of life down, relax your mind and allow for a more natural, peaceful state of being.

I help people meet their individual health goals to become the healthiest, happiest versions of themselves. Get started with a free consultation.